Barberry – in partnership with Future Lets, Coventry University – won the Best Student Housing 2019 award for our development of Bishop Gate, Coventry at the 7th annual CUBO Awards on 4 July 2019.

Ten universities were recognised and rewarded for the valuable contributions that they have made in driving excellence in commercial and campus services across the UK.

At a glittering awards dinner, held as part of CUBO’s annual summer conference at Swansea University and attended by over 200 CUBO members, business affiliate partners and VIP guests, CUBO Chair Elect, Gillian Almond, (Director of Commercial Services for Royal Holloway, University of London), paid tribute to the achievements of those working across higher education commercial services.

Gillian said: “The standard of this year’s entries was deeply impressive and proved highly inspirational for our judges.  The UK’s universities are seen as some of the best in the world and the role that CUBO members play in driving commercial success and delivering innovative campus services plays an important part in supporting this reputation”.

The 725 bed Bishop Gate development was awarded Best Student Housing, with judges praising the Halls for fulfilling a student’s learning and social needs as well as their housing requirements, with private booths to work in, an on-site gym and a state-of-the-art cinema room.

Henry Bellfield, Barberry Group Director said: “We’re delighted Bishop Gate has been recognised at the University CUBO 2019 awards, particularly bearing in mind the stiff competition for Best Student Housing. We enjoyed working with Coventry University and Future Lets on this award winning scheme and appreciate all the hard work from an array of market leading professionals.” 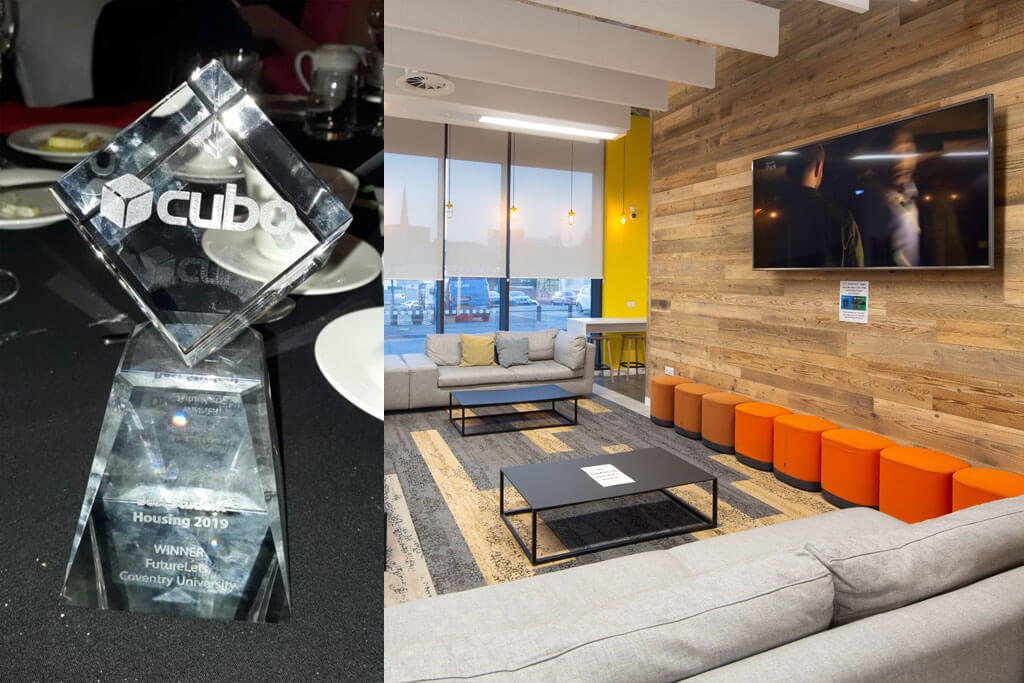